WHO'S AFRAID OF VIRGINIA WOOLF

RTC staged an incredible production of Edward Albee's Who's Afraid of Virginia Woolf from 1/29 - 2/22/09, closing today. I am sure it will remain one of my biggest regrets that I did not make it out to RTC for this show, from everything I read and heard, it was wonderful, and I am sure I missed something very special, but time and airfare just did not allow me to witness it in person. Knowing the talents Karyl Lynn and Joe possess firsthand, I never doubted that it could be anything else than spectacular. Should they decide to extend or restage this show, I will be there will bells on! In the meantime, I am going to leave these spectacular reviews and pictures up as a reminder to all that great theatre must be treasured by all of us. 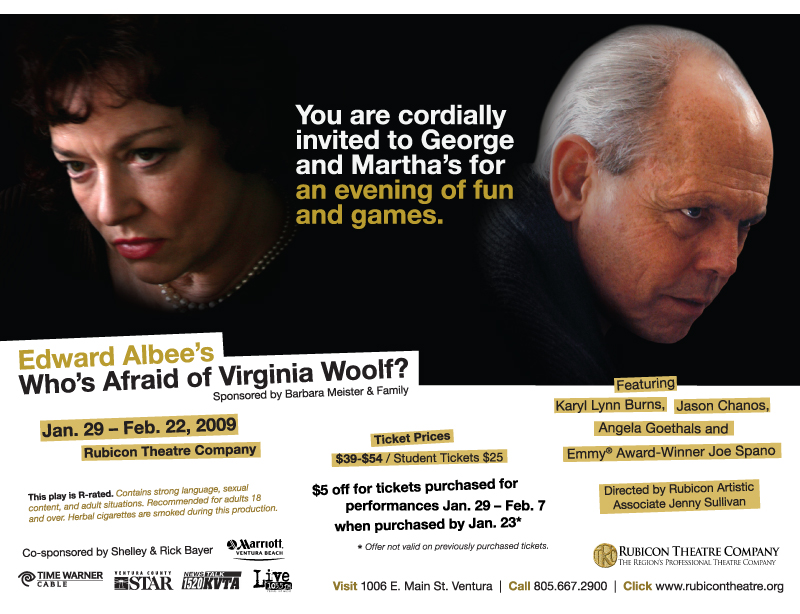 SEE THE FULL REVIEWS THAT ARE QUOTED HERE BELOW: Below are some of the complete reviews quoted in the e-blast above: